Pondering the Dilemma of Life

Let me count the points ...

A Chappaquiddick Reckoning At Last? [With Comment by John] | Power Line: 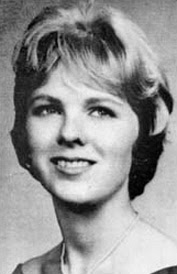 There are lots of points that could be argued as the true point at which the decline of America into BOistan was sealed, but Chappaquiddick is certainly an obvious one. As Buckley foreshadowed with  "God and Man At Yale", the seeds were carefully sown -- it was just a matter of time before they bore their noxious fruit. The fact that the Moon Landing was happening as the essence of the corruption of the American system was playing out lends a Biblical cast to the events of that day. We reached our peak ... but we were falling as we reached it.


Forty-eight years later, let’s be clear on what the meaning of Chappaquiddick is. Ted Kennedy should, by all rights, have stood trial for involuntary manslaughter, which would likely have ended his political career. The fact that the Kennedy family — the original postwar dynasty of the one percent — possessed, and exerted, the influence to squash the case is the essence of what Chappaquiddick means. The Kennedy's lived outside the law; the one documented instance in American history of an illegally stolen presidential election was the election of John F. Kennedy in 1960. He lost the race to Richard Nixon, but his father sealed the presidency for him by manipulating the vote tallies in Illinois. That’s the meaning of Chappaquiddick. too.

The Kennedy Crime Family was a family founded on bootlegging. It gained power through stealing the presidency in the 1960 election, and it bore poisonous fruit on July 18th 1969.

The fact that the dominant political party in the old "United States", THE PARTY (TP-D) was able to allow a sitting US Senator to effectively murder a young woman in his employ and yet continue on as a Senator showed that morality was a dead issue for TP. POWER was the only coin that mattered, and it would be 30 years later before the Clinton Crime Family would make it clear that TP POWER was able to hold even the White House in the face of any breech of law, standards, or morality as Slick Wille stained the blue dress and the oval office with it.


TP established the death of morality, law, and even decency in the old "America", and the culmination of that "victory" was the ascension of BO to power. BO established the end of the Constitution and the Separation of Powers, ushering in BOistan and the age of Trump.

We still have no clue as to the direction which Trump may move this failed tribal state, however we ought to all understand how we got to this point.

I don’t say any of this as a right-wing troll. But those are the facts, and they are facts that liberals, too often, have been willing to shove under the carpet. And they have paid the price. Ted Kennedy became known as “the Lion of the Senate,” and did a lot of good, but when you try to build a governing philosophy on top of lies, one way or another those lies will come back to haunt you. (Hello, Donald Trump! He’s an incompetent bully, but his middle name might be “Liberal Karma.”) As a movie, “Chappaquiddick” doesn’t embellish the incidents it shows us, because it doesn’t have to. It simply delivers the truth of what happened: the logistical truth of the accident, and also the squirmy truth of what went on in Ted Kennedy’s soul. The result may play like avid prose rather than investigative cinema poetry, but it still adds up to a movie that achieves what too few American political dramas do: a reckoning.

I still hope that Trump may want to bring us back to "America" ... "greatness" is a long way off. That is very likely wishful thinking, but it was TP that took us down the path of lawlessness and amorality. That much is very clear to anyone that pays attention.

As a parent, and now a grandparent of the most beautiful granddaughter in the history of the universe, I can't imagine my anguish if she had died in the back of Teddy's car at Chappaquiddick. I strongly suspect my Christianity would not have been enough to have prevented my taking Teddy's life in as horrible a fashion as possible, but I am not proud of that sentiment ... it is just true.

We need to remember the name of Mary Jo Kopechne with honor and reverence. Her death was a greater loss to America than all the wars fought with honor. This was the moral 911 of America ... look, think, and imagine your daughter, wife, or granddaughter as Mary Jo. You know the truth, ACT! It is NEVER too late if you can swallow your pride and see the evil for what it is!